The City Commission serves as the legislative body for the City of El Dorado. The Commission is responsible for enacting city ordinances, establishing city policies and procedures, adopting the city budget and capital improvement plan, appropriating funds for city business and public service, and hiring the City Manager.

The City Manager oversees all other staff members and personnel matters, oversees the day-to-day operations of the city, enforces laws and ordinances, prepares the city budget and makes recommendations to the Commission.

El Dorado was the first city in Kansas to adopt the Commission-Manager form of government in 1917. In 1871, D.M. Bronson headed and presented a petition for incorporation and on September 12, 1871, El Dorado was changed from a village to be incorporated as a city of the third class. J.C. Lambdin, chairman of the village trustees, acted as mayor until the first election could be held. The citizens chose Henry Falls as our first Mayor. El Dorado was made a second class city in July of 1885 and in March 1917 the City changed from the aldermanic form of government to the Commission-Manager form of government, and welcomed their first City Manager, Bert C. Wells on July 1, 1917. 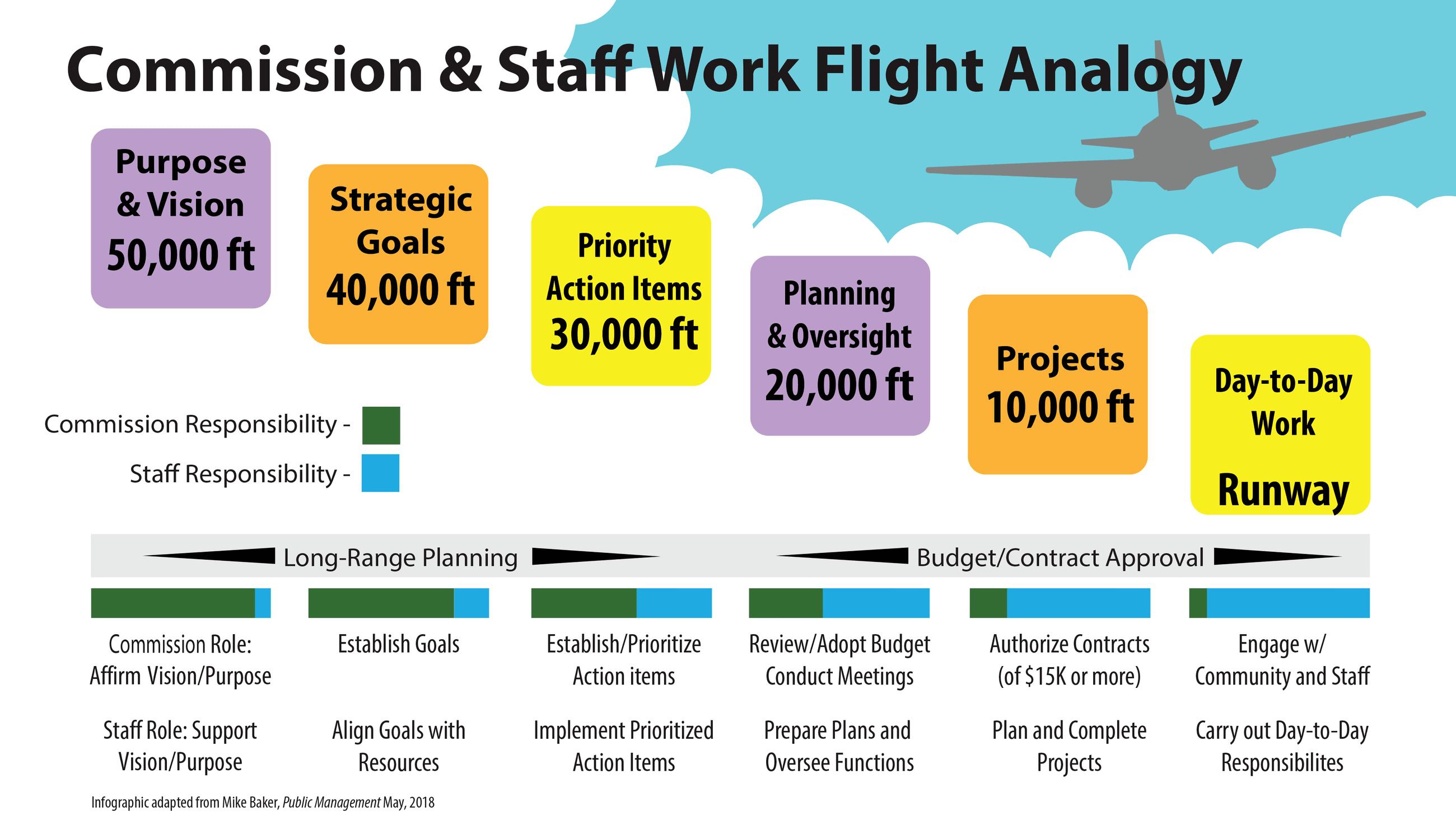 The City Commission meets twice each month on the first and third Monday at 6:30 p.m. in the Commission Room at City Hall, 220 East First Avenue. Agendas for meetings are prepared in advance and published on this website in the Agenda Center.

The public is invited to attend all meetings. To have a matter considered by the City Commission, please contact a Commissioner or Tabitha Sharp, City Clerk.

Personal appearances are opportunities for organizations or citizens to make special presentations before the City Commission. Such appearances are scheduled in advance of the meeting by calling City Clerk Tabitha Sharp at (316) 321-9100 by 5:00 p.m. the Tuesday preceding the meeting. Presentations are limited to ten minutes. Any presentation is for information purposes only; no action will be taken.

Persons who wish to address the City Commission regarding items not on the agenda and that are under the jurisdiction of the City Commission may do so when called upon the Mayor. Comments on personnel matters and matters pending in court are not permitted. Speakers are limited to three minutes. Any presentation is for information purposes only; no action will be taken.

The El Dorado City Commissioners are elected at large, which means every citizen in the community has the opportunity to vote on every member of the City Commission. Elections are non-partisan (no declaration of a political party is needed). Commission members must be residents of El Dorado while in office.

Thinking about running for City Commission?

For more information on the forms of city government and election details, read the 2021 League of Kansas Municipalities Guide for City Candidates.

For general information on the election process, visit the Butler County Election Website or the State of Kansas Secretary of State Website.